Fintech is an industry composed of companies that use technology to make financial services more efficient. Most of them are startups, but traditional banks and financial institutions are starting to adopt their practices, either through acquiring existing companies or starting their own initiatives. Banking is being transformed by new developments in the programming world, and transferring more & more work to the responsibility of algorithms. This is why learning coding is important to keep up with the turning tides of the banking industry. There are more and different ways to get in on the ground floor.

Cardless and contactless pay service use will gradually increase.

Android Pay and Apple Pay are pioneering the first, while all the major Australian banks are capitalising on the second. B2C companies are increasingly upgrading their technology to keep up with increasing consumer demand for a cashless economy.

CommBank, NAB, ANZ, Westpac, and other major banks are cashing in on this trend by adding Cardless Cash functions to their ATMs with access via smartphones. Meanwhile, Tyro Payments and Suncorp, amongst others, have developed EFTPOS machines to cater to the demand. More companies are expected to join the rush in the near future...

Increasingly fully featured mobile banking apps where basic tasks are completed making entry level bank tellers obsolete - complex tasks like negotiating business loans and mortgages are so far remaining at branches, and expected to do so in the future. Commbank, ANZ, NAB and Bankmecu all have made their mobile banking apps take on the most common tasks of the bank teller.

Wallet, Wally, Mint, Expensify & Pocketbook have all come out in the past 4 years, and become increasingly sophisticated. In response, traditional banks are developing their own versions. Commbank has come out with a more long-term view Portfolio. ANZ has MoneyManager, NAB has MoneyTracker, Westpac has BudgetPlanner. Smaller banks like St George have also gotten into the action.

There is increased competition and improvement of peer-to-peer services. These include lending and transfers.

The Lending Club and Funding Circle model may come to Australia. The peer to peer ‘paying back’ services on paypal or venmo are increasingly emulated by traditional banks, and available in most mobile banking apps. In America, you can even transfer through facebook.

FinTech players like TransferWise and World First have increased the pressure on banks in terms of fees for the transfer service. Nonbank providers charge an average of 0.9% on £10,000, which is four times less than the average for banks.

There is a change of approach to data which is bringing in customised user experiences, based on spending patterns and social media activity amongst other information.

This is leading to more focused selling, up-selling, and content marketing pitched to user interests. Santander and Lloyds Banking Group are teaming up with retailers to offer personalised discounts to customers through their mobile applications based on an individual’s spending patterns.

Fintech Australia wants requests by customers for their bank data to be accessed by a fintech firm to be legitimised in legal regulations, to make it clear it does not amount to a breach of terms and conditions. That is, they want to mandate "open data APIs" [application programming interfaces]. This will provide a standard under which customers permit a fintech to directly access transaction account data. 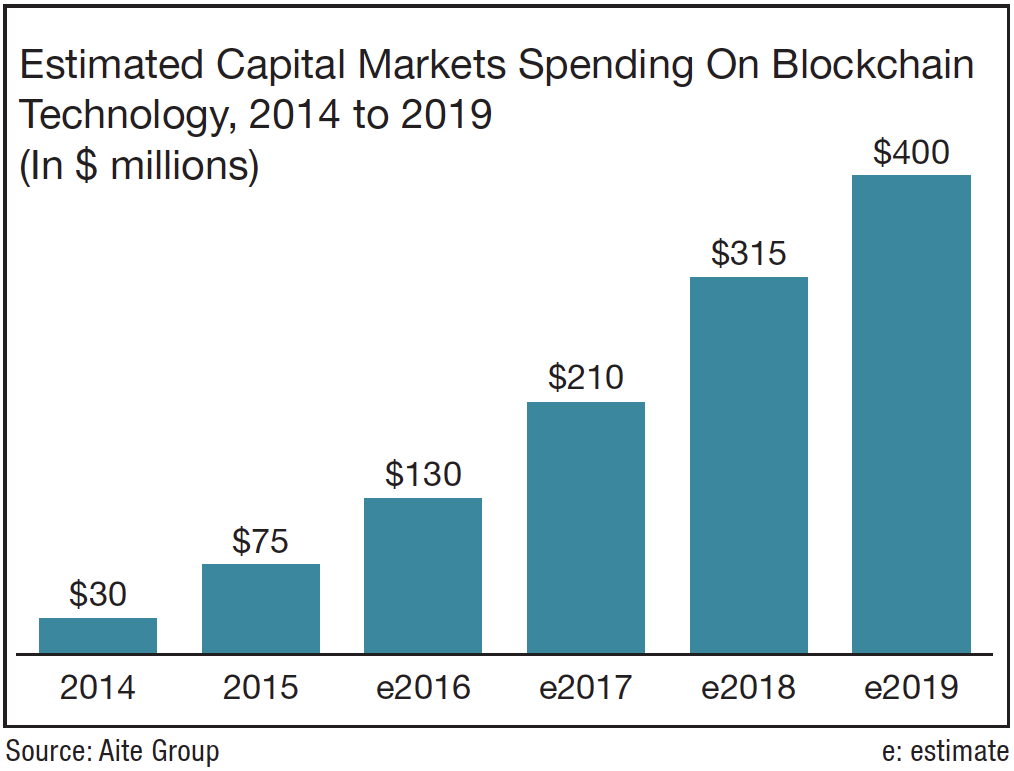 NASDAQ is using blockchain as base for private share trading market. ASX bought a $15 million stake in Digital Asset Holdings, a developer of blockchain technology and asked them to develop it for settlement. They are of 13 finance organisation taking part in a $52m capital raising by Digital Asset.

There’s been a lot of activity in the robo advisor sector and that is set to continue in 2016. BlackRock bought FutureAdvisor. Deutsche Bank established AnlageFinder in December 2015. Vanguard began Vanguard Personal Advisor Services in May 2015.

By December, $31 billion was in the service. Around $10 billion of the total figure were assets transferred from existing advice services, while the remaining $21 billion were new assets coming largely from existing Vanguard client. Fidelity Investments started Fidelity Go, an automated service that creates a portfolio of low-cost investments for investors with as little as $5,000 to invest.

Charles Schwab established Schwab Intelligent Portfolios  in March 2015. It had $5.3 billion in assets under management by December 31. Macquarie Bank started Owners Advisory, which asks each customer to list their existing assets, disclose their risk tolerance, preferred asset allocation and investment return expectations. It has more than 30,000 local and international investment choices.

So, You Want To Join A Coding Bootcamp? Here’s What To Expect.